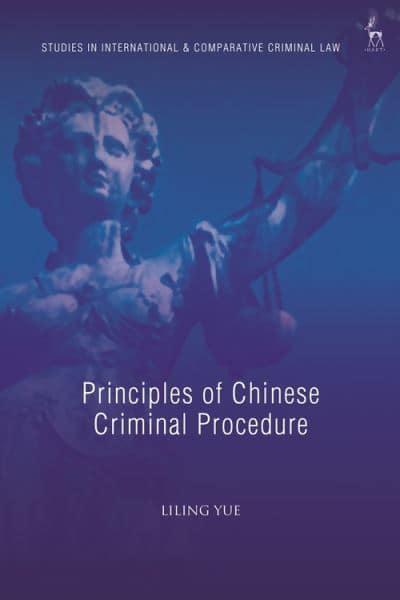 This book presents a short history and timeline of criminal procedure legislation in China. First, it addresses the status of Human Rights Conventions and the challenges resulting from human rights standards for Chinese criminal procedural law and practice. The discussion then moves on to explore the fundaments of Chinese criminal procedure such as the applicable law found in the Chinese CPL (Criminal Procedure Law) and legal institutions. The book covers relevant actors in the Chinese Criminal Justice System (ie judges, prosecutors, police, defence councils) as well as the relationships between them. It also includes topics relating to the victims of crime and their role in criminal proceedings. Starting with pre-trial investigations (extending in particular to coercive measures and discretionary powers in the implementation of non-prosecution policies) the book continues as a guide through the basic principles of criminal trial, standards of evidence and rules related to conviction. Appeals and the issue of reopening criminal proceedings are also considered, with the book making particular reference to a number of special procedures (including juvenile delinquency) in the closing chapter.

2. The Development of Criminal Procedure Law
I. The Statutes before 1979
A. The First Draft Code of CPL in the Qing Dynasty
B. Republican Period and Wartime (1912–1949)
C. The Foundation of PRC to the End of the Cultural Revolution (1949–1979)
II. The First Effected Modern Code of Criminal Procedure in 1979
III. The Revision of the CPL in 1996
A. Establishing a Principle Similar to the Presumption of Innocence in Western CPLs
B. Increasing the Role of Criminal Defence Lawyers and Establishing the Legal Aid System
IV. The Revision of 2012
A. Improvement of Criminal Defence and Legal Aid
B. Improvement of Evidence Rules and Establishment of Exclusionary Rules
C. Changes to Coercive Measures (Sometimes Called 'Compulsory Measures')
D. Special Criminal Proceedings
V. The Revision in 2018
A. Transfer of the Authority to Investigate Corruption and Bribery Cases from the Procuratorates to Supervision Commissions
B. Trial in Absentia
C. The Principle of the Guilty Plea and Leniency Policy

4. Agencies in the Criminal Justice System
I. Investigative Authorities
A. The Public Security Organs
B. Other Investigative Authorities
C. The Role of the Supervision Commission
II. Procuratorate and Prosecutor in Criminal Justice
A. The Nature of Prosecution Authorities
B. The Organisation and the Roles of the Procuratorate
C. Qualifications of Prosecutors
III. Courts and Judges
A. Court Structure and Jurisdiction
B. The Adjudication Committee
C. The Guiding Case System
D. Judge
E. The People's Assessor System