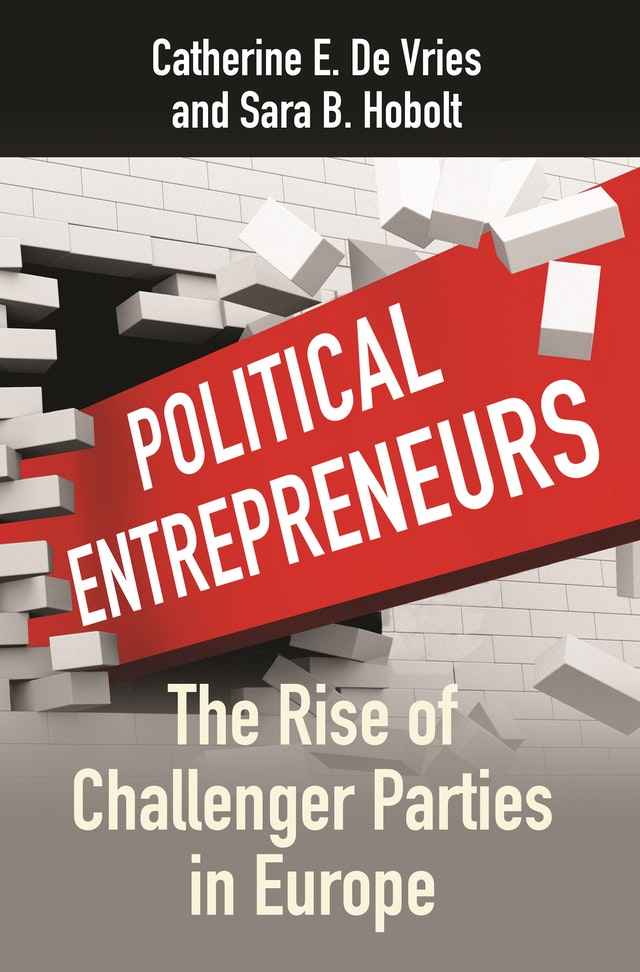 Political entrepreneurs
the rise of challenger parties in Europe

Challenger parties are on the rise in Europe, exemplified by the likes of Podemos in Spain, the National Rally in France, the Alternative for Germany, or the Brexit Party in Great Britain. Like disruptive entrepreneurs, these parties offer new policies and defy the dominance of established party brands. In the face of these challenges and a more volatile electorate, mainstream parties are losing their grip on power. In this book, Catherine De Vries and Sara Hobolt explore why some challenger parties are so successful and what mainstream parties can do to confront these political entrepreneurs.

Drawing analogies with how firms compete, De Vries and Hobolt demonstrate that political change is as much about the ability of challenger parties to innovate as it is about the inability of dominant parties to respond. Challenger parties employ two types of innovation to break established party dominance: they mobilize new issues, such as immigration, the environment, and Euroscepticism, and they employ antiestablishment rhetoric to undermine mainstream party appeal. Unencumbered by government experience, challenger parties adapt more quickly to shifting voter tastes and harness voter disenchantment. Delving into strategies of dominance versus innovation, the authors explain why European party systems have remained stable for decades, but also why they are now increasingly under strain.