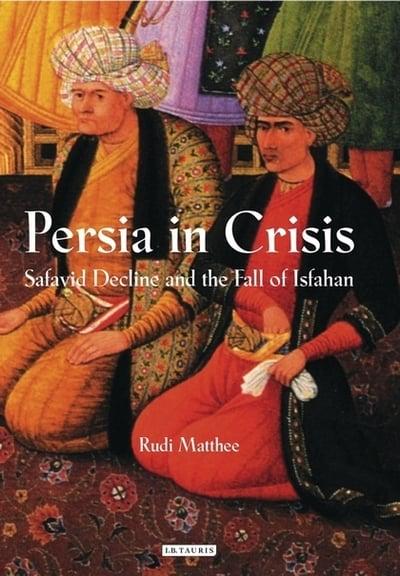 Persia in crisis
Safavid decline and the fall of Isfahan

I.B.Tauris in association with the Iran Heritage Foundation The decline and fall of Safavid Iran is traditionally seen as the natural outcome of the unrelieved political stagnation and moral degeneration which characterised late Safavid Iran. "Persia in Crisis" challenges this view. In this ground-breaking new book, Rudi Matthee revisits traditional sources and introduces new ones to take a fresh look at Safavid Iran in the century preceding the fall of Isfahan in 1722, which brought down the dynasty and ushered in a long period of turbulence in Iranian history. Inherently vulnerable because of the country's physical environment, its tribal makeup and a small economic base, the Safavid state was fatally weakened over the course of the seventeenth century. Matthee views Safavid Iran as a network of precarious alliances subject to perpetual negotiation and the society they ruled as an uneasy balance between conflicting forces. In the later seventeenth century this delicate balance shifted from cohesion to fragmentation. An increasingly detached, palace-bound shah; a weakening link between the capital and the outlying provinces; the regime's neglect of the military and its shortsighted monetary policies combined to exacerbate rather than redress existing problems, leaving the country with a ruler too feeble to hold factionalism and corruption in check and a military unable to defend its borders against outside attack by Ottomans and Afghans. The scene was set for the Crisis of 1722. This book makes a major contribution to our understanding of Iranian history and the period that led to two hundred years of decline and eclipse for Iran.