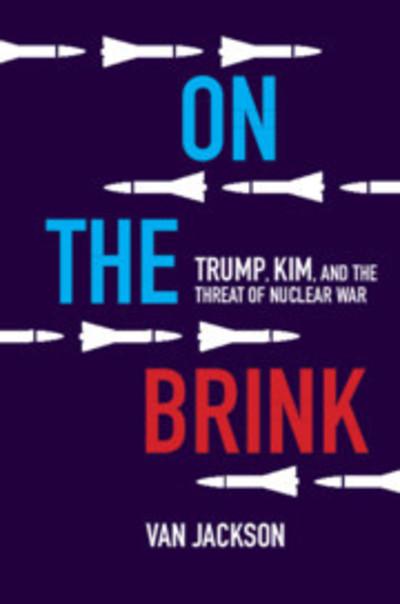 On the brink
Trump, Kim, and the threat of nuclear war

In 2017, the world watched as President Donald Trump and North Korean leader Kim Jong Un traded personal insults and escalating threats of nuclear war amid unprecedented shows of military force. Former Pentagon insider and Korean security expert Van Jackson traces the origins of the first American nuclear crisis in the post-Cold War era, and explains the fragile, highly unpredictable way that it ended. Grounded in security studies and informed analysis of the US response to North Korea's increasing nuclear threat, Trump's aggressive rhetoric is analysed in the context of prior US policy failures, the geopolitics of East Asia, North Korean strategic culture and the acceleration of its nuclear programme. Jackson argues that the Trump administration's policy of 'maximum pressure' brought the world much closer to inadvertent nuclear war than many realise - and charts a course for the prevention of future conflicts.