This brand new translation of Martin Heidegger's "Mindfulness" (Besinnung) makes available in English for the first time Heidegger's second major being-historical treatise. Composed in 1938/39, right after the completion of "Contributions to Philosophy", this work has a significant thematic proximity to that earlier work. Here Heidegger returns to and elaborates in detail many of the individual dimensions of the historically self-showing and transforming allotments of being. In this work Heidegger explores further that decisive hermeneutic-phenomemological perspective that experiences, thinks and projects - open the truth of being as renowning. This perspective anticipates and illuminates much of Heidegger's thinking in the 1950s and 60s. In addition to the main text, this volume also includes two further important texts, "A Retrospective Look at the Pathway" (1937/8) and "The Wish and the Will (On Preserving What is Attempted)" (1937/8), in which Heidegger surveys his unpublished works, gives instructions for their eventual publication, talks about his relationship to Catholic and Protestant Christianity, and reflects on his life's path. This is a major new translation of a key text from one of the most important thinkers of the twentieth century. 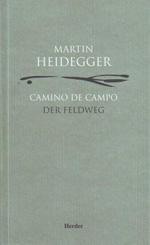