Markets, Morals, and the Law

This collection of essays by one of America's leading legal theorists is unique in its scope: It shows how traditional problems of philosophy can be understood more clearly when considered in terms of law, economics and political science. There are four sections in the book. The first offers a new version of legal positivism and an original theory of legal rights. The second section critically evaluates the economic approach to law, and the third considers the relationship of justice to liability for unintentional harms and to the practice of settling disputes rather than fully litigating them. Finally, Coleman explores formal social choice in democratic theory, the relationship between market behaviour and voting, and the view that morality itself, like law, is a solution of the problem of market failure. This book will be of cardinal importance to philosophers of law, legal theorists, political scientists, and economists.

The Oxford handbook of jurisprudence and philosophy of Law 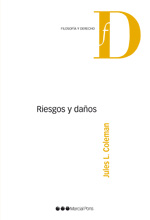 The practice of principle