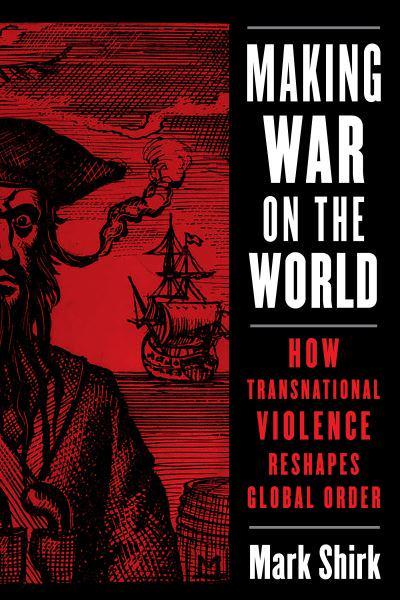 The state bounds politics: it constructs and enforces boundaries that separate what it controls from what lies outside its domain. However, states face a variety of threats that cross and challenge their geographical and conceptual boundaries. Transnational violent actors that transcend these boundaries also defy the state's claims to political authority and legitimacy.

Mark Shirk examines historical and contemporary state responses to transnational violence to develop a new account of the making of global orders. He considers a series of crises that plagued the state system in different eras: golden-age piracy in the eighteenth century, anarchist "propagandists of the deed" at the turn of the twentieth, and al-Qaeda in recent years. Shirk argues that states redraw conceptual boundaries, such as between "international" and "domestic," to make sense of and defeat transnational threats. In response to forms of political violence that challenged boundaries, states developed creative responses that included new forms of control, surveillance, and rights. As a result, these responses gradually made and transformed the state and global order. Shirk draws on extensive archival research and interviews with policy makers and experts, and he explores the implications for understandings of state formation. Combining rich detail and theoretical insight, Making War on the World reveals the role of pirates, anarchists, and terrorists in shaping global order.

-Change and continuity in political order
-The golden age of piracy and the creation of an Atlantic world
-"Propaganda of the deed," surveillance, and the labor movement
-Al-Qaeda, the War on Terror, and the boundaries of the twenty-first century