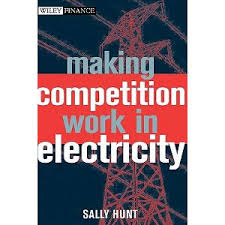 As rolling blackouts swept through parts of California in March 2001, it became obvious that the US was potentially in the jaws of its most serious energy shortage since the 1970s. The California crisis was so sudden and severe that it is now prompting policymakers, energy companies and consumers globally and in other US states to look for lessons that can be applied to reform their own power sectors. If things could get this bad in one of the richest states in the US, what might it say about the potential dangers posed to other countries and US states on the path of power deregulation or privatization? "Power Crisis: The Solution" gets down to the critical fundamentals and lessons learned from the California power crisis and from other deregulated markets, such as PJM, in which competition has been introduced properly and successfully. The long-term result? More efficient energy markets for industry and consumers. It examines what caused the California crisis, why it has been avoided in other deregulated power markets in the US, and what we can learn from the success and failure of these experiences. As deregulation continues state by state and, in other instances, around the world, this title should be useful for those interested in the power crisis, and also offers sensible solutions to the problem. Table of Contents Part I The standard prescription: the essential aspects of electricity reforming the industry requirements for competition - demand side requirements for competition - supply side liquid, efficient and complete marketplaces trading arrangements and access details of the integrated model transmission business model issues in the retail and distribution businesses summary and conclusions to part I. Part II The US: the structure of the industry pre-1992 changes in the 1990s the new players current trading arrangements in the US transmission business model control of market power current retail regimes current jurisdictional situation five major changes