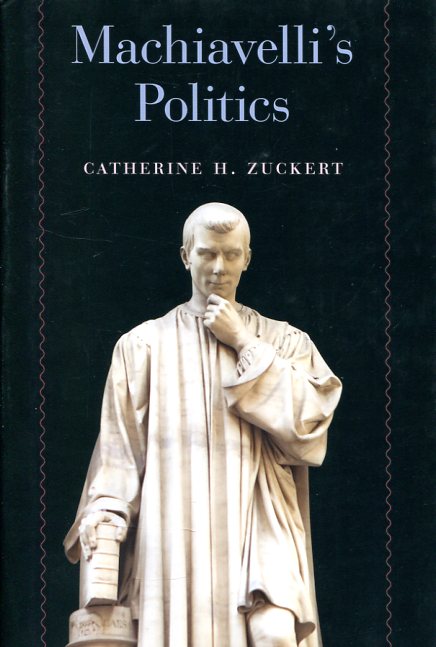 Machiavelli is popularly known as a teacher of tyrants, a key proponent of the unscrupulous "Machiavellian" politics laid down in his landmark political treatise The Prince. Others cite the Discourses on Livy to argue that Machiavelli is actually a passionate advocate of republican politics who saw the need for occasional harsh measures to maintain political order. Which best characterizes the teachings of the prolific Italian philosopher? With Machiavelli's Politics, Catherine H. Zuckert turns this question on its head with a major reinterpretation of Machiavelli's prose works that reveals a surprisingly cohesive view of politics.

Starting with Machiavelli's two major political works, Zuckert persuasively shows that the moral revolution Machiavelli sets out in The Prince lays the foundation for the new form of democratic republic he proposes in the Discourses. Distrusting ambitious politicians to serve the public interest of their own accord, Machiavelli sought to persuade them in The Prince that the best way to achieve their own ambitions was to secure the desires and ambitions of their subjects and fellow citizens. In the Discourses, he then describes the types of laws and institutions that would balance the conflict between the two in a way that would secure the liberty of most, if not all. In the second half of her book, Zuckert places selected later works-La Mandragola, The Art of War, The Life of Castruccio Castracani, Clizia, and Florentine Histories-under scrutiny, showing how Machiavelli further developed certain aspects of his thought in these works. In The Art of War, for example, he explains more concretely how and to what extent the principles of organization he advanced in The Prince and the Discourses ought to be applied in modern circumstances. Because human beings act primarily on passions, Machiavelli attempts to show readers what those passions are and how they can be guided to have productive rather than destructive results.

A stunning and ambitious analysis, Machiavelli's Politics brilliantly shows how many conflicting perspectives do inform Machiavelli's teachings, but that one needs to consider all of his works in order to understand how they cohere into a unified political view. This is a magisterial work that cannot be ignored if a comprehensive understanding of the philosopher is to be obtained.