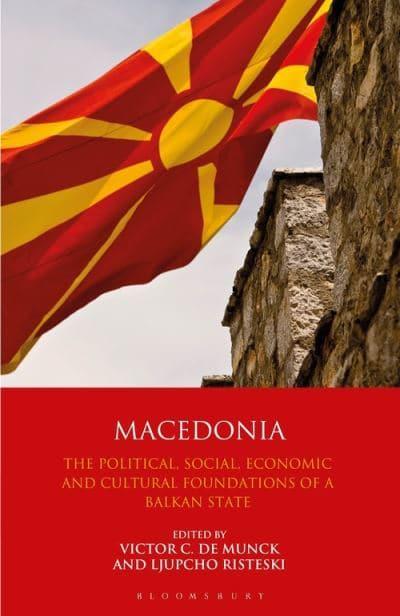 Macedonia
the political, social, economic and cultural foundations of a Balkan state

Macedonia has had a troubled and remarkable history. From ancient Macedonia, the country of Alexander the Great, through Roman dependency, Bulgarian rule and Ottoman principality, the modern nation state is a complex mixture of ethnicities,historical allegiances and religious beliefs. United with Yugoslavia under Tito, and with a modern history of Albanian resistance and disputes with modern Greece, it is also absolutely central to the stability of the Balkan region. This is the first anthropological survey of the Republic of Macedonia, which seeks to untangle the many complexities of the country; addressing Sufism, Islamic influence, the role of ethnic Serbs, Albanians, Greeks and Bulgarians, the cultural heritage of Macedonia and its modern political relevance. This is essential reading for students and scholars of Balkan studies, international relations and anthropology.

Section One: Macedonians in Transition

1. A Tantrum from the Cradle of Democracy: On the Dangers of Studying Macedonian
Victor A. Friedman

2. 'Eu as Future?: From a Macedonian Viewpoint The multiple ways of being European in Macedonia and not being in Europe
Ilka Theissen

3. 'My Faith, My Nation': Exploring the 'Natural' Affinity Between Orthodox Christianity and National Identity in Macedonia
Violeta Duklevska Schubert

4. Nationalism and the Use of Cultural Heritage: Three Post-Socialist Macedonian Examples
Davorin Trpeski

6. Is It Just a Song That Remains? Reflections On Turkish Minorities in Macedonia
Burcu Akan Ellis

7. Why a Gypsy in Macedonia Does Not Know 'Correct' Islam
Galina Oustinova-Stjepanovic

8. Absent Roma, Imported Interest: 'Roma' as Subject and Agent in the Republic of Macedonia
Shayna Plaut

9. Topography of Spatial and Temporal Ruptures: (Im)materialities of (post)socialism in a northern town in Macedonia
Rozita Dimova

Section Three: Nationalism and the Environment