Popular representations of Pakistan's North West Frontier have long featured simplistic images of tribal blood feuds, fanatical religion, and the seclusion of women. The rise to power of the radical Taliban regime in neighbouring Afghanistan enhanced the region's reputation as a place of anti-Western militancy. Magnus Marsden is an anthropologist who has immersed himself in the lives of the Frontier's villagers for more than ten years. His evocative study of the Chitral region challenges all these stereotypes. Through an exploration of the everyday experiences of both men and women, he shows that the life of a good Muslim in Chitral is above all a mindful life, enhanced by the creative force of poetry, dancing and critical debate. Challenging much that has been assumed about the Muslim world, this study makes a powerful contribution to the understanding of religion and politics both within and beyond the Muslim societies of southern Asia. 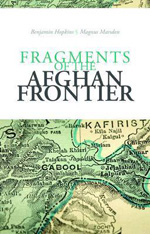 Fragments of the afghan frontier