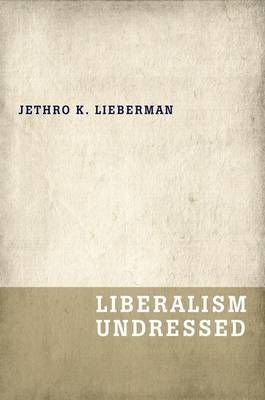 One of mankind's most enduring questions is the legitimate scope of state power: how far and in what ways may the government meddle with people's lives? Where lies the line that government ought not cross? For more than three centuries, the western world has answered these questions with a set of institutions and practices that have come to be known as liberal democracy. Though deeply rooted, liberalism has stirred critical attacks from both the left and the right and it has never wholly taken over as the dominant political school of thought for any length of time. During the past 40 years, many of liberalism's most distinguished defenders have presented complex, controversial, abstruse, and even impenetrable theories to justify liberal institutions and practices, often relying on metaphysical constructs, imaginary beings, and fanciful events to describe abstract liberal principles that rarely reach real-world problems. In Liberalism Undressed, Jethro K. Lieberman returns to liberalism's roots to explain, in accessible and readable prose, why liberalism retains its power and appeal. He begins with the memorable thesis of John Stuart Mill that "the only purpose for which power can be rightfully exercised over any member of a civilised community, against his will, is to prevent harm to others." Building on Mill's well-known but rarely analyzed Harm Principle, Liberalism Undressed undertakes to show that this widely-accepted precept--"it's a free country; I should be able to do what I want as long as I don't hurt anybody"--can justify a government robust enough to deal with pressing modern problems of human abuse and suffering while restrained enough to provide people freedom to live life on their own terms. A stirring defense of the harm principle as the bedrock of liberal governance, Liberalism Undressed rethinks the very purpose of government in the twenty-first century.

The lawyer's guide to writing well 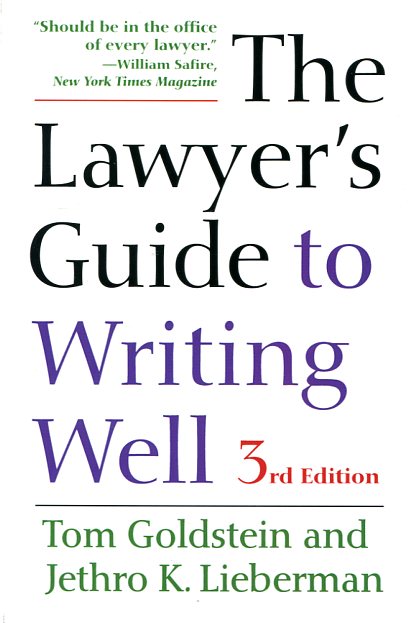 The lawyer's guide to writing well