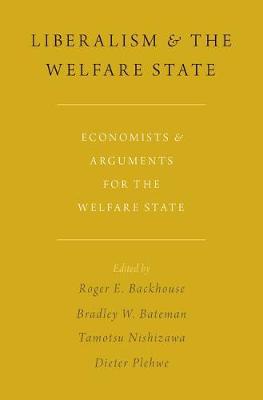 The welfare state has, over the past forty years, come under increasing attack from liberals who consider comprehensive welfare provision inimical to liberalism. Yet, many of the architects of the post-World War II welfare states were liberals, many of whom were economists as much as socialists. Liberalism and the Welfare State investigates the thinking of liberal economists about welfare, focusing on Britain, Germany and Japan, each of which had a different tradition of economic thinking and different institutions for welfare provision. This volume explores the early history of welfare thinking from the British New Liberals of the early twentieth century, German Ordoliberals and post-war Japanese Liberal economists. It delves into arguments about neoliberalism under British Conservative and New Labour governments, after German reunification, and under Koizumi in Japan. Given the importance of both international policy collaboration and international networks of neoliberal economists, this volume also explores neoliberal ideas on federalism and the responses of neoliberal think tanks to the global financial crisis. Liberalism and the Welfare State provides a comparative analysis of economists' attitudes to the welfare state. Notwithstanding the differences, in each country support emerged very early on for social minimum standards, but strong disagreements within each country quickly developed. The result was divergence, as the debates shaped different welfare regimes. More recently, the strong impact of efficiency related critiques of welfare regimes has crowded out more nuanced and complex discussions of the past. This volume provides a reminder that neither liberalism nor economic ideas in general are inimical to well-designed welfare provision. The ongoing debate on economics and welfare can be greatly improved by way of stronger consideration of different lineages of both liberal and neoliberal lines of economic thought.