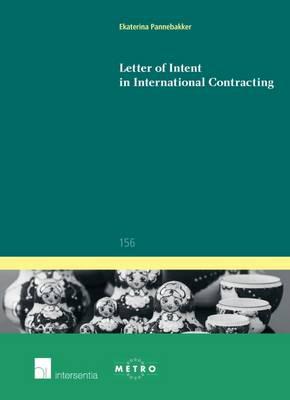 Letter of intent in international contracting

Letter of Intent in International Contracting provides readers with a unique point of reference on the legal effects of letter of intent - the document frequently used in international transactions. Firstly, the book takes a fresh look at trade usages in negotiations of international contracts.It integrates the view of negotiations as strategies and tactics (well-known in business, but largely disregarded by the law) with the legal analysis. Secondly, it discusses in turn those provisions frequently used in letter of intent and comments on them based on a thorough comparative research of four jurisdictions: the Netherlands, France, England and Wales, and United States. The discussion of French law is based on the recent reform of the French law of obligations which significantly modified the French Code civil in 2016. At the international level, the study addresses the 1980 Vienna Convention on the International Sale of Goods and international soft law: UNIDROIT Principles of International Commercial Contracts 2010, Principles of European Contract Law, and the Draft Common Frame of Reference. The book is a result of doctoral research conducted at the Erasmus University Rotterdam.This book is relevant to legal practitioners working in the field of international contracts as well as to scholars and policy makers concerned with harmonization of law based on non-binding principles and business practices.