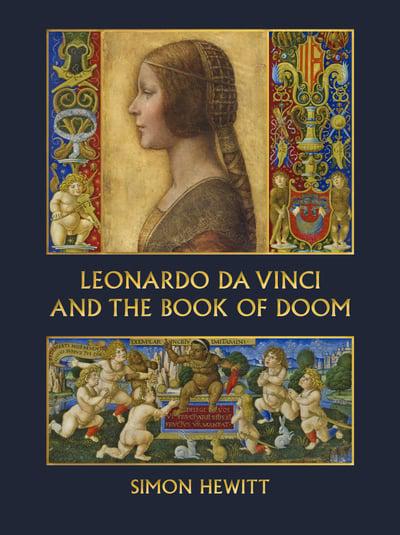 Leonardo Da Vinci and the book of doom
Bianca Sforza, the Sforziada and Artful propaganda in Renaissance Milan

This in-depth investigation into the art, politics and murderous cynicism of Renaissance Milan is is an academic detective story sketched out with erudition and journalistic panache. Debunking the outrageous claim by the notorious Lancashire forger Shaun Greenhalgh that he produced the mesmerizing portrait of a young girl that zoomed into the art world limelight in 2009, Hewitt proves that Leonardo was on intimate terms with both the sitter - Bianca Sforza, teenage daughter of the Duke of Milan - and her husband, Galeazzo Sanseverino, the Duke's Army Captain, effective Number Two and, as Hewitt convincingly demonstrates, the subject of Leonardo's enigmatic portrait The Musician. Hewitt brings the tragic Bianca to life, suggests why and by whom she was likely murdered,and explains why her Leonardo portrait was included in one of the most lavish books ever produced - whose co-illustrator, Giovan Pietro Birago, was paid even more than Leonardo. Finally, in one of the most significant artistic discoveries of recent times, Hewitt shows how Birago's artistic colleagues had no hesitation in lampooning the venerable Leonardo as a Ginger-Haired Gay.