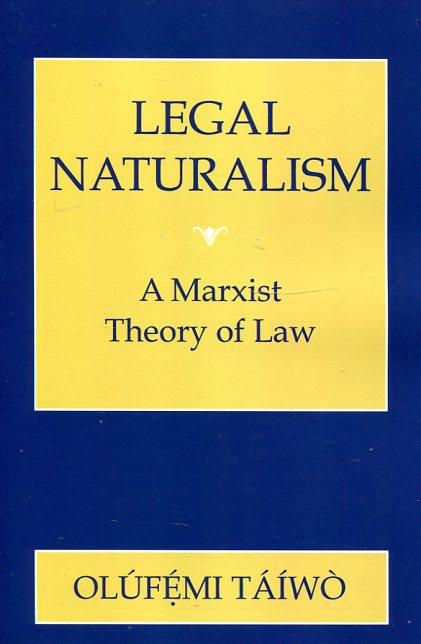 Legal Naturalism advances a clear and convincing case that Marx's theory of law is a form of natural law jurisprudence. It explicates both Marx's writings and the idea of natural law, and makes a forceful contribution to current debates on the foundations of law.

Olufemi Taiwo argues that embedded in the corpus of Marxist writing is a plausible, adequate, and coherent legal theory. He describes Marx's general concept of law, which he calls "legal naturalism." For Marxism, natural law isn't a permanent verity; it refers to the basic law of a given epoch or social formation which is an essential aspect of its mode of production. Capitalist law is thus natural law in a capitalist society and is politically and morally progressive relative to the laws of preceding social formations.

Taiwo emphasizes that these formations are dialectical or dynamic, not merely static, so that the law which is naturally appropriate to a capitalist economy will embody tensions and contradictions that replicate the underlying conflicts of that economy. In addition, he discusses the enactment and reform of "positive law"?law established by government institutions?in a Marxian framework.