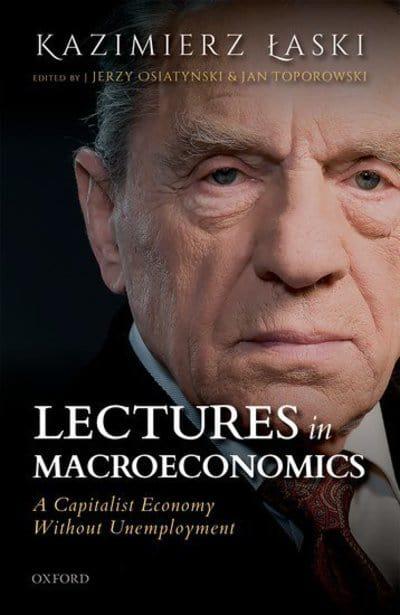 Lectures in Macroeconomics
a capitalist economy without unemployment

Lectures in Macroeconomics: A Capitalist Economy Without Unemployment provides a systematic account of the principle of aggregate demand based on the work of Polish economist Michal Kalecki, best known as one of the originators of the Keynesian Revolution in macroeconomics.The lectures demonstrate the importance of aggregate demand in determining total output and employment in the capitalist economy. They show how the investment decisions of firms affect economic growth, arguing that due to the unstable nature of investment it is important that the government has a central role in stabilizing the economy. This English translation of Kazimierz Laski's final work brings up to date fundamental concepts to give a picture of the twenty-first capitalist economy, and the obstacles that must be overcome in bringing it to full employment. It introduces the role of money and finance in the contemporary capitalist economy, as well as the central role of the labour market and wages. The analysis is illustrated with statistics and discussion around the evolution of capitalist economies and the rise of economic inequality since the Second World War, culminating in the 2008 crisis and the economic deflation affecting Europe since that crisis. Lectures in Macroeconomics remarks critically upon the neo-classical approach to economics that has brought about slow economic growth, unemployment, and inequality.