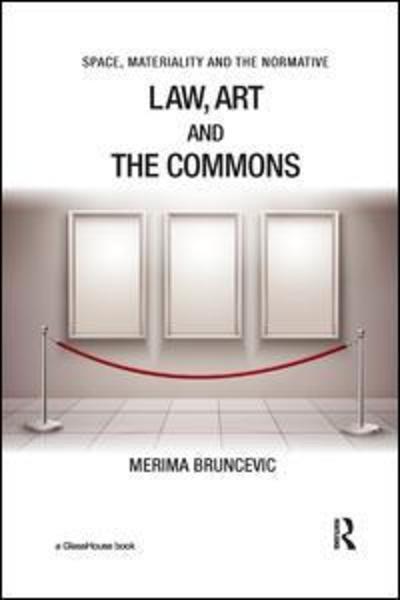 Law, art and the commons
space, materiality and the normative

The concept of the cultural commons has become increasingly important for legal studies. Within this field, however, it is a contested concept: at once presented as a sphere for creativity, democratic access and freedom of speech, but one that denies property rights and misappropriates the public domain. In this book, Merima Bruncevic takes up the cultural commons not merely as an abstract notion, but in its connection to physical spaces such as museums and libraries. A legal cultural commons can, she argues, be envisioned as a lawscape that can quite literally be entered and engaged with. Focusing largely on art in the context of the copyright regime, but also addressing a number of cultural heritage issues, the book draws on the work of Deleuze and Guattari in order to examine the realm of the commons as a potential space for overcoming the dichotomy between the owner and the consumer of culture. Challenging this dichotomy, it is the productive and creative potential of law itself that is elicited through the book's approach to the commons as the empirical basis for a new legal framework, which is able to