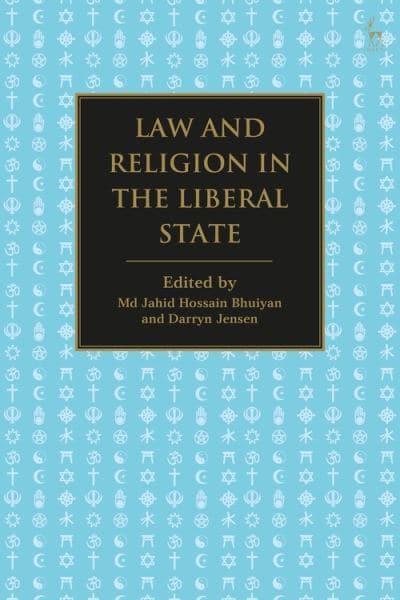 Law and religion in the liberal state

The relationship between law and religion is evident throughout history. They have never been completely independent from each other. There is no doubt that religion has played an important role in providing the underlying values of modern laws, in setting the terms of the relationship between the individual and the state, and in demanding a space for the variety of intermediate institutions which stand between individuals and the state. However, the relationships between law and religion, and the state and religious institutions differ significantly from one modern state to another. There is not one liberalism but many. This work brings together reflections upon the relationship between religion and the law from the perspectives of different sub-traditions within the broader liberal project and in light of some contemporary problems in the accommodation of religious and secular authority.

PART II
CONTESTED ISSUES
5. The Right to be Different: Religious Life in Twenty-First Century Great Britain
Anthony Bradney
6. Law, Religion and States: Searching for a Soul for Europe
Rafael Palomino
7. How to Deal with Religion in the Increasingly Pluralistic European Societies? The European Court of Human Rights on Crucifixes, Face-covering Veils and Disparaging Muhammad
Carla M Zoethout
8. Religious Symbol or Something Else? The Legal and Political Signification of the Crucifix in Italy from the Unification of the Country (1861) to the Present Day
Carlo Panara
9. Religious Exemptions from Civil Laws and Free Exercise of Religion in the USA
Maimon Schwarzschild
10. Whose Conscience? Which Complicity? Reconciling Burdens and Interests in the Law of Religious Liberty
Chad Flanders and Sean Oliveira
11. Sanctuary: Religion and Law in the United States
Dorothy Rogers
12. Exorcism: Faith versus Fraud: The Balance Struck between Freedom of Religion and Protecting the Vulnerable from Exploitation
Javier García Oliva and Helen Hall
13. Sacred Sites and State Failures: A Case Study of the Babri Masjid/Ram Temple Dispute in Ayodhya
Peter W Edge and MC Rajan
14. The Place of Shari'a in Australia
Md Jahid Hossain Bhuiyan