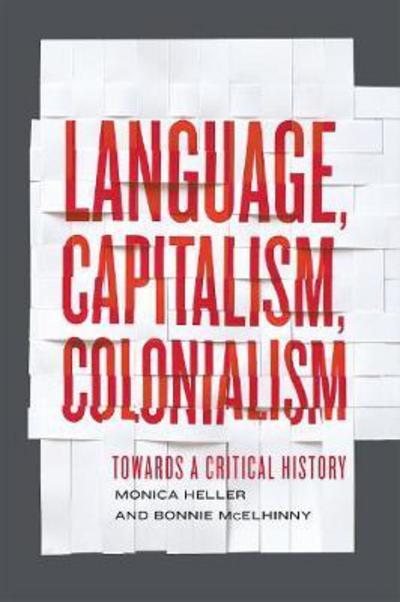 Providing an original approach to the study of language by linking it to the political and economic contexts of colonialism and capitalism, Heller and McElhinny reinterpret sociolinguistics for a twenty-first-century audience. They map out a critical history of how language serves as a terrain for producing and reproducing social inequalities.

The book, organized chronologically, and beginning in the period of colonial expansion in the sixteenth century, covers the development of the modern nation state and then the fascist, communist, and universalist responses to the inequities such nations created. It then moves through the two World Wars and the Cold War that followed, as well as the shift to liberal democracy, the welfare state, and decolonization in the 1960s, ending with the contemporary period, characterized by a globalized economy and neoliberal politics since the 1980s. Throughout, the authors ask how ideas about language get shaped, and by whom, unevenly across sites and periods, offering new perspectives on how to think about language that will both excite and incite further research for years to come.