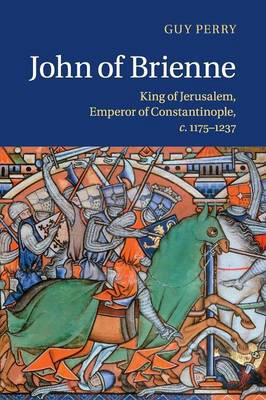 John of Brienne
King of Jerusalem, Emperor of Constantinolple, c.1175-1237

John of Brienne's progress, from mid-ranking knightly status to king of Jerusalem and, later, Latin emperor of Constantinople, traces one of the most remarkable careers in the entire medieval period. But how and why did he achieve such heights? This biographical study of aristocratic social and geographical mobility in the 'Age of the Crusades' reassesses John's fascinating life, and explores how families and dynasticism, politics, intrigue, religion and war all contributed to John's unprecedented career. John was a major figure in the history of the thirteenth-century Mediterranean, and yet very much a product of the workings of the society of his day. This book reveals how John's life, and its multifarious connections to France, Italy, the German empire and the papacy, can illuminate the broad panorama of the early thirteenth-century world, and the zenith of the crusading movement.