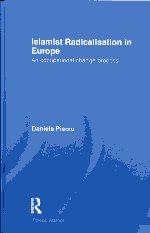 This book examines the Islamist radicalisation process in Europe, developing a new theoretical model based on an empirical study of the evolution of Islamist radicals in their social environment. The approach of this book is to examine how, and under what conditions, people choose to radicalise. It focuses on the experience of radicalisation from the perspective of those who have undergone it. The study is based on trial and court material, along with an extensive number of interviews collected from many different European countries, and this biographical approach is used to address individuals and the details of their social environment. Overall, the explanatory framework departs from the existing deterministic paradigm (with grievances as causes), also present in some psychological models, and argues that radicalisation is a process much like occupational choice -- a rational choice made with social and ideational significance. It addresses critically the assumption that, because the result of the radicalisation process could be seen as 'abnormal', the cause of it might be of a similar nature. Parallels are drawn with other forms of extremism and European counter-radicalisation policies are considered critically. This book will be of great interest to students of terrorism studies and political violence, political Islam, social movements, European politics and IR/security studies in general.