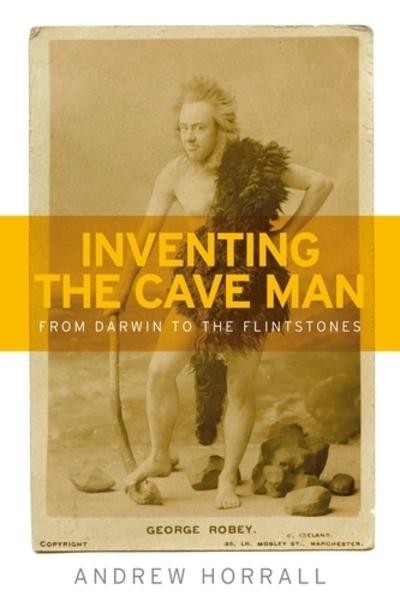 Inventing the cave man
from Darwin to the Flintstones

Fred Flintstone lived in a sunny Stone Age American suburb, but his ancestors were respectable, middle-class Victorians. They were very amused to think that prehistory was an archaic version of their own world because it suggested that British ideals were eternal. In the 1850s, our prehistoric ancestors were portrayed in satirical cartoons, songs, sketches and plays as ape-like, reflecting the threat posed by evolutionary ideas. By the end of the century, recognisably human cave men inhabited a Stone Age version of late-imperial Britain, sending-up its ideals and institutions. Cave men appeared constantly in parades, civic pageants and costume parties. In the early 1900s American cartoonists and early Hollywood stars like Charlie Chaplin and Buster Keaton adopted and reimagined this very British character, cementing it in global popular culture. Cave men are an appealing way to explore and understand Victorian and Edwardian Britain.