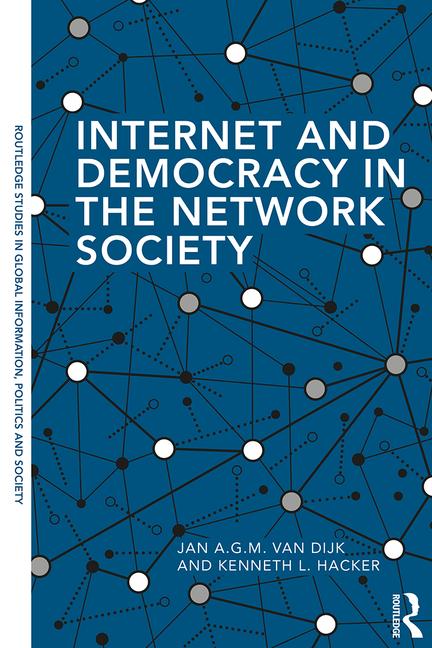 Internet and democracy in the network society

A seminal shift has taken place in the relationship between Internet usage and politics. At the turn of the century, it was presumed that digital communication would produce many positive political effects like improvements to political information retrieval, support for public debate and community formation or even enhancements in citizen participation in political decision-making. While there have been positive effects, negative effects have also occurred including fake news and other political disinformation, social media appropriation by terrorists and extremists, ‘echo-chambers’ and "filter bubbles", elections influenced by hostile hackers and campaign manipulation by micro-targeting marketing. It is time for critical re-evaluation.

Designed to encourage critical thinking on the part of the student, internationally recognized experts, Jan A.G.M. van Dijk and Kenneth Hacker, chronicle the political significance of new communication technologies for the promotion of democracy over the last two decades. Drawing upon structuration theory and network theory and real-world case studies from across the globe, the book is logically structured around the following topics:

Political Participation and Inclusion
Habermas and the Reconstruction of Public Space
Media and Democracy in Authoritarian States
Democracy and the Internet in China
E-government and democracy
Views of democracy and Internet use
Underpinned by up-to-date literature, this important textbook is aimed at students and scholars of communication studies, political science, sociology, political communication, and international relations.