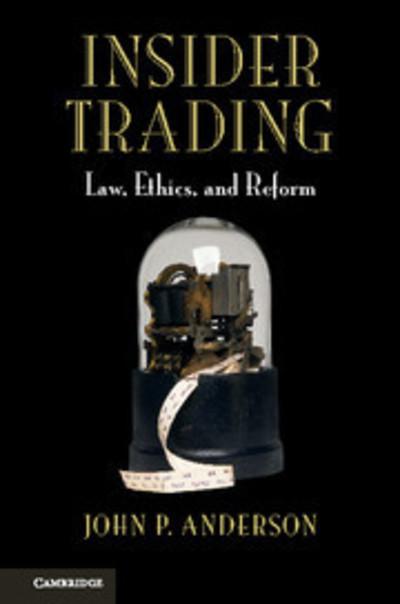 As long as insider trading has existed, people have been fixated on it. Newspapers give it front page coverage. Cult movies romanticize it. Politicians make or break careers by pillorying, enforcing, and sometimes engaging in it. But, oddly, no one seems to know what's really wrong with insider trading, or - because Congress has never defined it - exactly what it is. This confluence of vehemence and confusion has led to a dysfunctional enforcement regime in the United States that runs counter to its stated goals of efficiency and fairness. In this illuminating book, John P. Anderson summarizes the current state of insider trading law in the US and around the globe. After engaging in a thorough analysis of the practice of insider trading from the normative standpoints of economic efficiency, moral right and wrong, and virtue theory, he offers concrete proposals for much-needed reform.