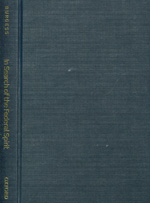 In Search of the Federal Spirit examines federal theory in the context of the new federal models that have sprung into existence since the end of the Cold War. It utilises the federal spirit as a conceptual lens through which to explore the revival of federalism in the post-Cold War era - especially in the 1990s - and it seeks to place the emergence of these new models in the theoretical context of federal state formation. By examining the approaches of five major contributors to the nature and meaning of federalism - Kenneth Wheare, William Livingston, William Riker, Carl Friedrich, and Daniel Elazar - the book identifies several different expressions of the federal spirit that together constitute its basic political values and principles rooted in liberal democracy. The book explains how and why the federal spirit can survive and prosper only in conditions of liberal democracy which allow these federal values and principles to be freely expressed. In this way the book will connect the five distinctive approaches to understanding federalism and their peculiar interpretation of the federal spirit to the emergence of the new models. This chain of reasoning leads us to look not only at federal state formation based upon formal federal constitutions but also to include the evolution of federal political systems that are an integral part of the post-Cold War revival of federalism. The new federal models are the Russian Federation, Belgium, the European Union, Ethiopia, Bosnia-Herzegovina, Nigeria, Venezuela, and Iraq while Spain, Italy, South Africa, Argentina, and the United Kingdom have each fashioned their own form of federal system in practice. The logic of the argument based upon the federal spirit leads not only to a revisionist framework of analysis to explain the key conditions of future federal state formation but it also prompts a major reconsideration of the conventional conceptual framework of analysis in federalism and the proposal of a new classification of "federal democracies". Confirmation of the firm links between federalism and liberal democracy is further underlined by a detailed examination of the conceptual relationships between civil society, political culture, and liberal democratic constitutionalism. The federal spirit is shown to be multidimensional in its properties and the book concludes with three cases studies of Ethiopia, Bosnia-Herzegovina, and Iraq that establish federalism as essentially a way of thinking - a mindset - about creating political stability in deeply divided societies by creating federations. 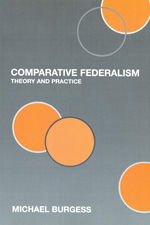