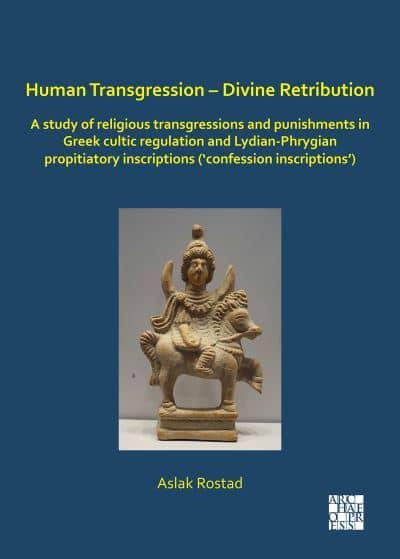 Human Transgression - Divine Retribution analyses pagan concepts of religious transgressions, how they should be regarded and punished, as expressed in Greek cultic regulations from the 5th century BC to the 3rd century AD. Also considered are the so-called propitiatory inscriptions (often referred to as 'confession inscriptions') from the 1st to the 3rd century AD Lydia and Phrygia, in light of 'cultic morality', an ideal code of behaviour intended to make places, occasions, and worshippers suitable for ritual. This code is on the one hand associated with 'purity' (hagneia) and removal of pollution (miasma) caused by deaths, births and sexuality, and on the other with the protection of sacred property. This study seeks to explain the emphasis of divine punishments in the Lydian and Phrygian inscriptions, while rare in most Greek cultic regulations, as part of a continuum within pagan religion rather than as a result of an absolute division between Greek and Oriental religion.