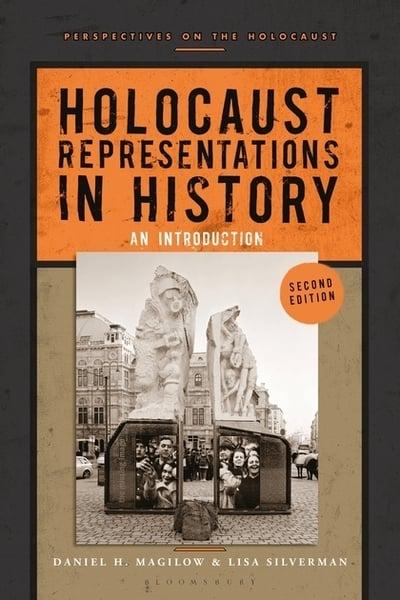 Holocaust representations in History
an introduction

How the Holocaust is depicted and memorialized is key to our understanding of the atrocity and its impact. Through 18 case studies dating from the immediate aftermath of the genocide to the present day, Holocaust Representations in History explores this in detail. Daniel H. Magilow and Lisa Silverman examine film, drama, literature, photography, visual art, television, graphic novels, memorials, and video games as they discuss the major themes and issues that underpin the chronicling of the Holocaust. Each chapter is focused on a critical debate or question in Holocaust history; the case studies range from well-known, commercially successful works about the Holocaust to controversial examples which have drawn accusations of profaning the memory of the genocide. This 2nd edition adds to the mosaic of representation, with new chapters analysing poetry in the wake of the Holocaust and video games from the here and now. This unique volume provides an unmatched survey of key and controversial Holocaust representations and is of vital importance to anyone wanting to understand the subject and its complexities.