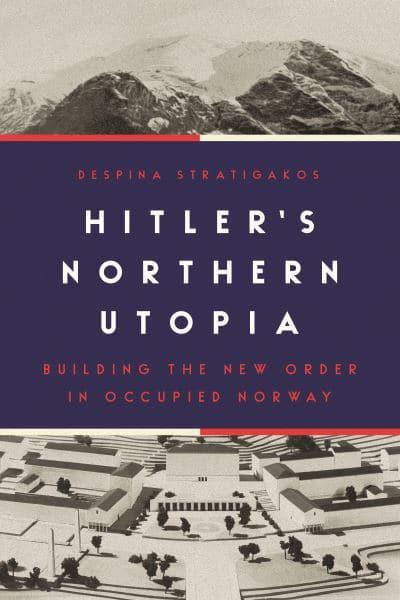 Between 1940 and 1945, German occupiers transformed Norway into a vast construction zone. This remarkable building campaign, largely unknown today, was designed to extend the Greater German Reich beyond the Arctic Circle and turn the Scandinavian country into a racial utopia. From ideal new cities to a scenic superhighway stretching from Berlin to northern Norway, plans to remake the country into a model "Aryan" society fired the imaginations of Hitler, his architect Albert Speer, and other Nazi leaders. In Hitler's Northern Utopia, Despina Stratigakos provides the first major history of Nazi efforts to build a Nordic empire-one that they believed would improve their genetic stock and confirm their destiny as a new order of Vikings.

Drawing on extraordinary unpublished diaries, photographs, and maps, as well as newspapers from the period, Hitler's Northern Utopia tells the story of a broad range of completed and unrealized architectural and infrastructure projects far beyond the well-known German military defenses built on Norway's Atlantic coast. These ventures included maternity centers, cultural and recreational facilities for German soldiers, and a plan to create quintessential National Socialist communities out of twenty-three towns damaged in the German invasion, an overhaul Norwegian architects were expected to lead. The most ambitious scheme-a German cultural capital and naval base-remained a closely guarded secret for fear of provoking Norwegian resistance.

A gripping account of the rise of a Nazi landscape in occupied Norway, Hitler's Northern Utopia reveals a haunting vision of what might have been-a world colonized under the swastika.