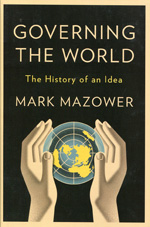 Governing the world
the history of an idea

The story of global cooperation between nations and peoples is a tale of dreamers goading us to find common cause in remedying humanity’s worst problems. But international institutions have also provided a tool for the powers that be to advance their own interests and stamp their imprint on the world. Mark Mazower’s Governing the World tells the epic story of that inevitable and irresolvable tension—the unstable and often surprising alchemy between ideas and power.

From the beginning, the willingness of national leaders to cooperate has been spurred by crisis: the book opens in 1815, amid the rubble of the Napoleonic Empire, as the Concert of Europe was assembled with an avowed mission to prevent any single power from dominating the continent and to stamp out revolutionary agitation before it could lead to war. But if the Concert was a response to Napoleon, internationalism was a response to the Concert, and as courts and monarchs disintegrated they were replaced by revolutionaries and bureaucrats.

19th century internationalists included bomb-throwing anarchists and the secret policemen who fought them, Marxist revolutionaries and respectable free marketeers. But they all embraced nationalism, the age’s most powerful transformative political creed, and assumed that nationalism and internationalism would go hand in hand. The wars of the twentieth century saw the birth of institutions that enshrined many of those ideals in durable structures of authority, most notably the League of Nations in World War I and the United Nations after World War II.

Throughout this history, we see that international institutions are only as strong as the great powers of the moment allow them to be. The League was intended to prop up the British empire. With Washington taking over world leadership from Whitehall, the United Nations became a useful extension of American power. But as Mazower shows us, from the late 1960s on, America lost control over the dialogue and the rise of the independent Third World saw a marked shift away from the United Nations and toward more pliable tools such as the World Bank and the International Monetary Fund. From the 1990s to 2007, Governing the World centers on a new regime of global coordination built upon economic rule-making by central bankers and finance ministers, a regime in which the interests of citizens and workers are trumped by the iron logic of markets.

Now, the era of Western dominance of international life is fast coming to an end and a new multi-centered global balance of forces is emerging. We are living in a time of extreme confusion about the purpose and durability of our international institutions. History is not prophecy, but Mark Mazower shows us why the current dialectic between ideals and power politics in the international arena is just another stage in an epic two-hundred-year story. 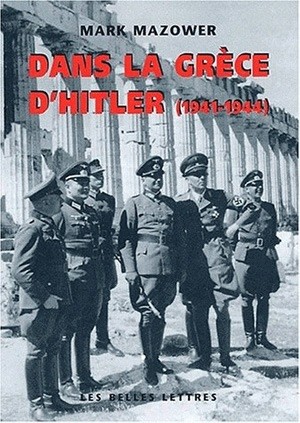