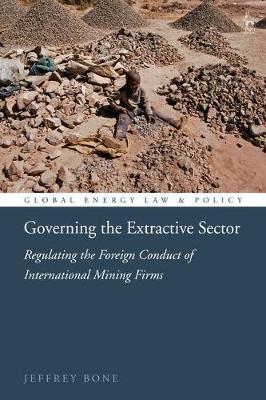 This book considers, and offers solutions to, the problems faced by local communities and the environment with respect to global mining.

The author explores the idea of grievance mechanisms in the home states of the major mining conglomerates. These grievance mechanisms should be functional, pragmatic and effective at resolving disputes between mining enterprises and impacted communities. The key to this provocative solution is twofold: the proposal harnesses the power of industry-sponsored dispute mechanisms to reduce the costs and other burdens on home state governments and judicial systems. Critically, civil society actors will be given a role as both advocates and mediators in order to achieve a fair result for those impacted abroad by extractive enterprises.

Compelling, engaging and timely, this book presents an innovative approach for regulating the foreign conduct of the extractive sector.

PART I
THE PROBLEM PERSISTS
1. Dark History
I. Germs of Empires
II. The Extractive Sector at the Gates
A. Yanacocha
B. Bhopal
2. The Case for Civil Society and Corporate Actors
I. Civil Society: Origins and Impact
A. A Potential New Form of Medievalism
B. Social Licence for Business: Bestowed by Civil Society
II. Corporate Accountability, Responsibilities and Self-Governance