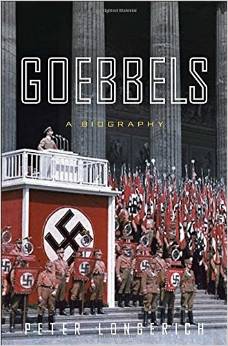 In life, and in the grisly manner of his death, Joseph Goebbels was one of Adolf Hitler’s most loyal acolytes. By the end, no one in the Berlin bunker was closer to the Führer than his devoted Reich minister for public enlightenment and propaganda. But how did this clubfooted son of a factory worker rise from obscurity to become Hitler’s most trusted lieutenant and personally anointed successor?

In this ground-breaking biography, Peter Longerich sifts through the historical record—and thirty thousand pages of Goebbels’s own diary entries—to provide the answer to that question. Longerich, the first historian to make use of the Goebbels diaries in a biographical work, engages and challenges the self-serving portrait the propaganda chief left behind. Spanning thirty years, the diaries paint a chilling picture of a man driven by a narcissistic desire for recognition who found the personal affirmation he craved within the virulently racist National Socialist movement. Delving into the mind of his subject, Longerich reveals how Goebbels’s lifelong search for a charismatic father figure inexorably led him to Hitler, to whom he ascribed almost godlike powers.

This comprehensive biography documents Goebbels’s ascent through the ranks of the Nazi Party, where he became a member of the Führer’s inner circle and launched a brutal campaign of anti-Semitic propaganda. Though endowed with near-dictatorial control of the media—film, radio, press, and the fine arts—Longerich’s Goebbels is a man dogged by insecurities and beset by bureaucratic infighting. He feuds with his bitter rivals Hermann Göring and Alfred Rosenberg, unsuccessfully advocates for a more radical line of “total war,” and is thwarted in his attempt to pursue a separate peace with the Allies during the waning days of World War II. This book also reveals, as never before, Goebbels’s twisted personal life—his mawkish sentimentality, manipulative nature, and voracious sexual appetite.

A harrowing look at the life of one of history’s greatest monsters, Goebbels delivers fresh insight into how the Nazi message of hate was conceived, nurtured, and disseminated. This complete portrait of the man behind that message is sure to become a standard for historians and students of the Holocaust for decades to come. 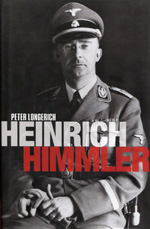 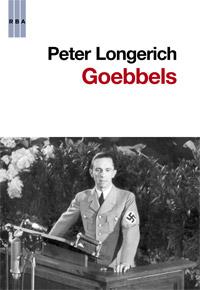