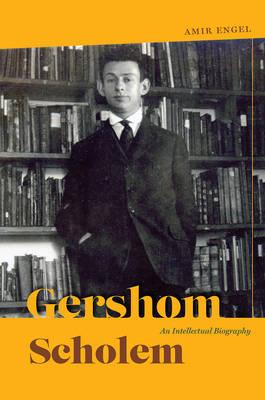 Gershom Scholem (1897-1982) was ostensibly a scholar of Jewish mysticism, yet he occupies a powerful role in today's intellectual imagination, having an influential contact with an extraordinary cast of thinkers, including Hans Jonas, Martin Buber, Walter Benjamin, Hannah Arendt, and Theodor Adorno. In this first biography of Scholem, Amir Engel shows how Scholem grew from a scholar of an esoteric discipline to a thinker wrestling with problems that reach to the very foundations of the modern human experience.

As Engel shows, in his search for the truth of Jewish mysticism Scholem molded the vast literature of Jewish mystical lore into a rich assortment of stories that unveiled new truths about the modern condition. Positioning Scholem's work and life within early twentieth-century Germany, Palestine, and later the state of Israel, Engel intertwines Scholem's biography with his historiographical work, which stretches back to the Spanish expulsion of Jews in 1492, through the lives of Rabbi Isaac Luria and Sabbatai Zevi, and up to Hasidism and the dawn of the Zionist movement. Through parallel narratives, Engel touches on a wide array of important topics including immigration, exile, Zionism, World War One, and the creation of the state of Israel, ultimately telling the story of the realizations-and failures-of a dream for a modern Jewish existence.