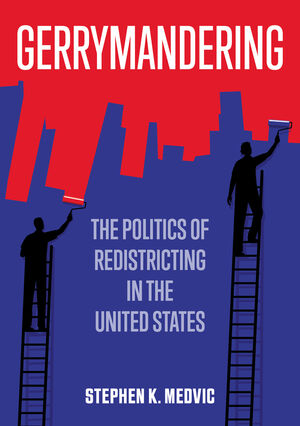 Gerrymandering
the politics of redistricting in the United States

For nearly as long as there have been electoral districts in America, politicians have gerrymandered those districts. Though the practice has changed over time, the public reaction to it has remained the same: gerrymandering is reviled. There is, of course, good reason for that sentiment. Gerrymandering is intended to maximize the number of legislative seats for one party. As such, it is an attempt to gain what appears to be an unfair advantage in elections. Nevertheless, gerrymandering is not well understood by most people and this lack of understanding leads to a false sense that there are easy solutions to this complex problem.

Gerrymandering: The Politics of Redistricting in the United States unpacks the complicated process of gerrymandering, reflecting upon the normative issues to which it gives rise. Tracing the history of partisan gerrymandering from its nineteenth-century roots to the present day, the book explains its legal status and implementation, its consequences, and possible options for reform. The result is a balanced analysis of gerrymandering that acknowledges its troubling aspects while recognizing that, as long as district boundaries have to be drawn, there is no perfect way to do so

Chapter 2. A Brief History of Gerrymandering

Chapter 3. The Legal Status of Gerrymandering

Chapter 5. The Consequences of Gerrymandering

In defense of politicians