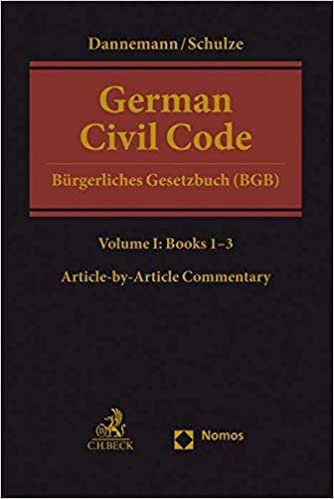 The Bürgerliches Gesetzbuch in the version as from 2 January 2002 is the very backbone of German civil law. Its institutions and principles are essential for the understanding of the law of Europe's major legal systems.
In its first edition, this article-by-article commentary covers books 1 to 3 of the code, i. e. General Part, Law of Obligations, Law of Things. The commentary provides a consolidated version of the BGB.
The commentary of each article is headed by the current version of the article both in the German original and an English translation followed by a clearly and uniformly structured analysis of the provision. Focus is laid on the understanding of the meaning of the provision in the context of the code and the proper use of the terminology both in German and English. As the meaning of the BGB does not always follow from the wording of its provisions, especially if translated into another language, they need further explanation. Taking into account the origin of the BGB in 19th century Germany