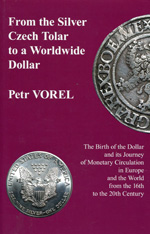 This publication may be of especial interest for American readers in that, perhaps for the first time, the complex power and political relationships existing in Central Europe at the beginning of the early modern period, which led to the emergence of the dollar, are clearly explained. It goes on to explain the relationships that existed between the different thaler currencies that were involved in the development of the European currency systems right up to modern times and explains the reasons why the term "dollar" was used in the late 18th Century, at the time of the founding of the United States of America.This book offers a very specific perspective on the common historical roots of the contemporary Euro-American civilization and contains significant new information not only for historians concerned with economic and political history, but that is also of importance for numismatists and collectors. The text is illustrated by 84 color photographs of coins and paper currency.