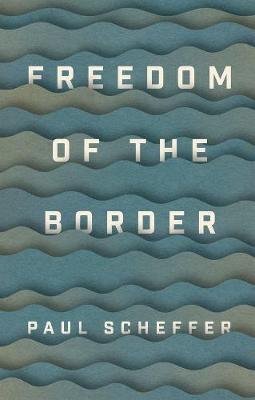 Freedom of the border

There are few issues more contentious today than the nature and purpose of borders. Migration flows and the refugee crisis have propelled the issue of borders into the centre of political debate and revealed our moral unease more clearly than ever. Who are we to deny others access to our territory? Is not freedom of movement a basic human right, one that should be defended above all others?

In this book Paul Scheffer takes a different view. Rather than thinking of borders as obstacles to freedom, he argues that borders make freedom possible. Democracy and redistributive justice are only possible with the regulation of access to territories and rights. When liberals ignore an open society's need for borders, people with authoritarian inclinations will begin to erect them. In the context of Europe, the project of removing internal borders can therefore only be successful if Europe accepts responsibility for its external border.

This timely and important book challenges conventional ways of thinking and will be of interest to everyone concerned with the great social and political issues of our time.

I. The value of proximity

Discovery of the world citizen

Tartars in the suburbs

The revenge of geography

II. An age of migration

The exodus and our conscience

The return of the caliphate

III. The state of Europe

After the Pax Americana

Scenarios for the Union

A compulsion to grand politics