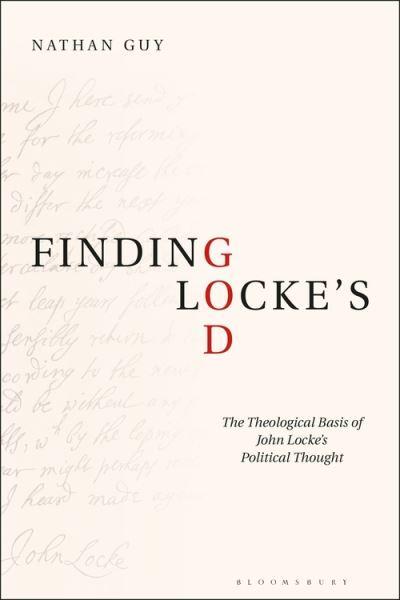 The portrait of John Locke as a secular advocate of Enlightenment rationality has been deconstructed by the recent 'religious turn' in Locke scholarship. This book takes an important next step: moving beyond the 'religious turn' and establishing a 'theological turn', Nathan Guy argues that John Locke ought to be viewed as a Christian political philosopher whose political theory was firmly rooted in the moderating Latitudinarian theology of the seventeenth-century. Nestled between the secular political philosopher and the Christian public theologian stands Locke, the Christian political philosopher, whose arguments not only self-consciously depend upon Christian assumptions, but also offer a decidedly Christian theory of government. Finding Locke's God identifies three theological pillars crucial to Locke's political theory: (1) a biblical depiction of God, (2) the law of nature rooted in a doctrine of creation and (3) acceptance of divine revelation in scripture. As a result, Locke's political philosophy brings forth theologically-rich aims, while seeking to counter or disarm threats such as atheism, hyper-Calvinism, and religious enthusiasm. Bringing these items together, Nathan Guy demonstrates how each pillar supports Locke's Latitudinarian political philosophy and provides a better understanding of how he grounds his notions of freedom, equality and religious toleration. Convincingly argued and meticulously researched, this book offers an exciting new direction for Locke studies.

Part I:In Defense of the Religious Turn
1. The New Perspective on Locke: The Religious (Re)Turn in Locke Scholarship
2. Life in the Areopagus: Secular Echoes, Religious Refrain
3. Locke and the Latitudinarians: Locke's Religious Experience and Theological Influences in the Context of Seventeenth-Century England

Part II: From A “Religious” to a “Theological” Turn: Tracing Locke's Theological Argumentation
4. The God of Christianity and the Foundations of Morality
5. Natural Law, the Law of Nature and a Theology of Creation
6. Revelation, Reason and Scripture