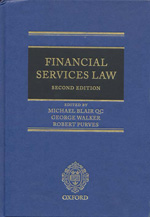 Eds. Michael Blair, George Walker, Robert Purves------------------------------------------- Financial Services Law provides a detailed analysis of the UK regulatory regime under FSMA and the FSA handbook and rules as impacted by EC legislation. This established work has been updated to incorporate recent legislative developments and case law. In addition to new areas of coverage, some key existing topics have also been expanded, such as coverage of MiFID in the light of its implementation in 2007. A specialist writing team of practitioners and present or former regulators ensures that the book provides practical guidance from the inside track, and that the work remains the most authoritative and comprehensive single work on the financial services regulatory regime. A key addition to the second edition is a new chapter on Islamic Financial Services to reflect recent initiatives by HM Treasury and Government organisations to develop Islamic Finance in the UK. The chapter will consider the nature and operation of the structures which regulate Islamic Finance Products. The work incorporates timely and important consideration of the impact of the credit crisis, particularly the fall out from Northern Rock and resulting legislation in the form of the Banking (Special Provisions) Act 2008. The second edition also includes coverage of recent developments to the FSA Handbook, including the new Conduct of Business Sourcebook (NEWCOB) and the redrafting of the Insurance Conduct of Business rules (NEWICOB). The Capital Requirements Directive, the Consumer Credit Act 2006 and new money laundering rules are also covered. 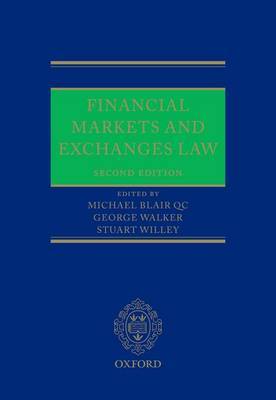