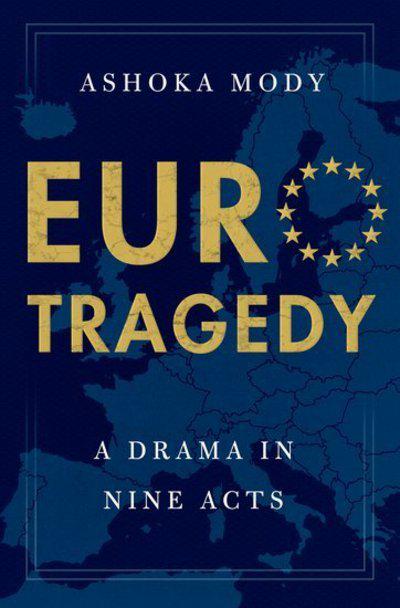 Eurotragedy
a drama in nine acts

The promise of the European pursuit of ever closer union created tremendous optimism that conflict was the past and harmony would be the future. The enthusiasm for economic integration and monetary union, through the Euro, enhanced the confidence that differences among countries could be overcome. In this dynamic and incisive overview of the European project from its beginnings, Ashoka Mody convincingly demonstrates that the tensions and flaws of the European project were both baked-in and foreseen from the beginning. He focuses on personalities whose ambitious and relentless push for integration led them to choose facts and analysis consistent with their visions and to dismiss warnings of turbulence. They thus laid the seeds for disappointment. Mody examines key moments when contradictions were papered-over, compromising the integrity of integration. And throughout he shows how political and economic leaders believed the stories they told themselves about the inevitability of a united Europe as a foundation of peace, prosperity, and democratic ideals, even in the face of warnings from the earliest stages that while the political pillars seemed strong, the economic foundations were weak. Mody compellingly shows how monetary union impaired European integration rather than enhancing it. European countries have always has vastly different economic conditions, and the common currency increased divergences rather than smoothing them, as many analysts warned at the time. The economic, financial, and political pathologies of the euro were there from the beginning, even if the global economic boom hid them. With political and economic elites benefitting, they could ignore the growing the discontent of those who suffered and the growing antipathy to the European project in national heartlands. When crisis inevitably hit, leaders denied, delayed, and took half-measures that only further alienated people. And if once the inability to deliver on the economic promise caused the political handicaps to worsen, now the political splintering is making it harder to mount an economic response.