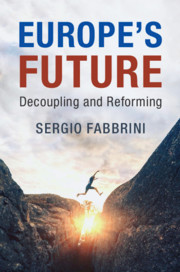 Sergio Fabbrini proposes a way out of the EU's crises, which have triggered an unprecedented cleavage between 'sovereignist' and 'Europeanist' forces. The intergovernmental governance of the multiple crises of the past decade has led to a division on the very rationale of Europe's integration project. Sovereignism (the expression of nationalistic and populist forces) has demanded more decision-making autonomy for the EU member states, although Europeanism has struggled to make an effective case against this challenge. Fabbrini proposes a new perspective to release the EU from this predicament, involving the decoupling and reforming of the EU: on the one hand, the economic community of the single market (consisting of the current member states of the EU and of others interested in joining or re-joining it); and on the other, the political union (largely based on the eurozone reformed according to an original model of the federal union).

Advances an original interpretation of the divisions within the EU
Proposes an original perspective for dealing with the EU crisis, based on dividing it into two organisations 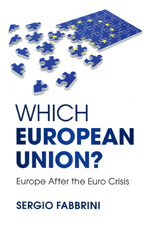