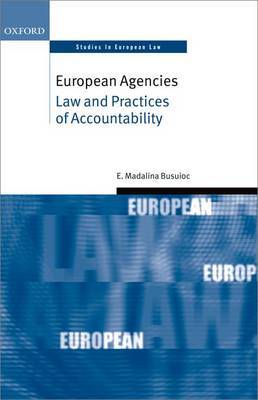 European agencies have been created at a rapid pace in recent years in a multitude of highly pertinent and sensitive fields ranging from pharmaceuticals and aviation safety to chemicals or financial supervision. This agency phenomenon shows no signs of relenting, and the trend in recent years is towards the delegation of ever-broader powers. These bodies, meant to operate at arm's length from political control, have real power and their opinions and decisions can have a direct impact on individuals, regulators, and member states. Given the powers wielded by the agencies, who is responsible for holding these non-majoritarian actors to account? Is the growing concern surrounding agency accountability 'much ado about nothing' or are we faced with the threat of a powerful and unaccountable bureaucracy? These are precisely the questions that this book seeks to answer. It thus addresses one of the most relevant topics in current European governance: the accountability of European agencies. Scholars have increasingly called attention to the risk of placing too much power in the hands of such agencies, which operate at arm's length from traditional controls and cannot easily be held accountable for their actions. Although this is a major issue of concern, systematic empirical research into the topic is lacking. This book addresses empirically whether, and if so on what counts, agency accountability is problematic. It examines how the accountability system of European agencies operates at both the de jure as well as the de facto level, through an examination of legal provisions, relevant case law as well as policy documents and extensive interview material. Reflecting on these findings, the book also offers important theoretical insights for our understanding and study of accountability in a complex regulatory regime such as the EU context. The book follows a multi-disciplinary approach and is at the cutting edge of law and public administration. 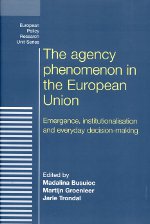 The agency phenomenon in the European Union