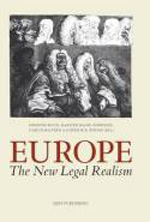 Eds. Henning Koch...[et al]. Hjalte Rasmussen, who has been associated with the Centre since its establishment in 2008, has held the professorship in EU Law and International Law at the University of Copenhagen since 1993. His reputation, however, reaches far beyond the borders of Denmark. Indeed, he has achieved wide international recognition that transcends his national identity. Many of the positions he has held - including that of visiting professor at the College of Europe in Bruges and chairman of several EU studies associations - attest to his singular standing amongst the community of European law scholars in Europe and throughout the world. While we leave the detailed study of Hjalte Rasmussen's huge impact on European law to the individual contributors to this Festschrift (and, more generally, to Joseph Weiler's homage on page XIII), it is fair to say that Hjalte has irreversibly changed the way we think about EU law. From the early 1980s on, he explored a whole new universe of legal thought, leaving behind what Martin Shapiro almost 30 years ago famously described as "constitutional law without politics, the written constitution as a sacred text, the professional commentary as legal truth, the case law as the inevitable working out of the correct implications of the constitutional text and the constitutional court as the disembodied voice of right reason and constitutional teleology" (Southern California Law Review 53 [1979-80], 537, 538). His dissociation from this picture, above all, is Hjalte's stupendous and lasting legacy. Hjalte never stated his points uncritically or without creating controversy. He has always lived by George Bernard Shaw's dictum: "A man never tells you anything until you contradict him!" This Festschrift is a tribute to Hjalte Rasmussen's many years of academic achievements in developing the theory and practice of European integration, and it is written in just that spirit. Hjalte's friends and colleagues have contributed essays