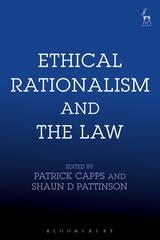 Ethical rationalism and the law

What role does reason play in determining what, if anything, is morally right? What role does morality play in law? Perhaps the most controversial answer to these fundamental questions is that reason supports a supreme principle of both morality and legality. The contributors to this book cast a fresh critical eye over the coherence of modern approaches to ethical rationalism within law, and reflect on the intellectual history on which it builds. The contributors then take the debate beyond the traditional concerns of legal theory into areas such as the relationship between morality and international law, and the impact of ethically controversial medical innovations on legal understanding.

1. The Past, Present and Future of Ethical Rationalism
Patrick Capps and Shaun D Pattinson
2. How to Become a Successful Hegelian
Stuart Toddington
3. Identifying and Justifying Moral Norms: Necessary Basics
Kenneth R Westphal
4. Hope, Agency, and Aesthetic Sensibility: A Response to Beyleveld's Account of Kantian Hope
Dascha Düring and Marcus Düwell
5. Justification in Morality and the Law
Michael Boylan
6. Advance Refusals and the Personal Identity Objection
Shaun D Pattinson
7. Law as a Moral Judgment, the Domain of Jurisprudence, and Technological Management
Roger Brownsword
8. Beyond Reason: The Legal Importance of Emotions
Thom Brooks and Diana Sankey
9. Public Goods in the Ethical Reconsideration of Research Innovation
Benjamin Capps
10. Privacy, Politeness and the Boundary Between Theory and Practice in Ethical Rationalism
David Townend
11. Fidelity to International Law: On International Courts and Politics
Henrik Palmer Olsen
12. Legal Idealism and Global Law
Patrick Capps
13. What Is Gewirth and What Is Beyleveld? A Retrospect with Comments on the Contributions
Deryck Beyleveld

Human dignity and the foundations of international Law 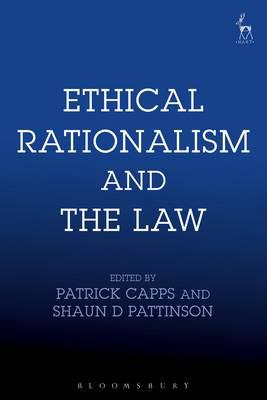 Ethical rationalism and the Law

Ethical rationalism and the Law