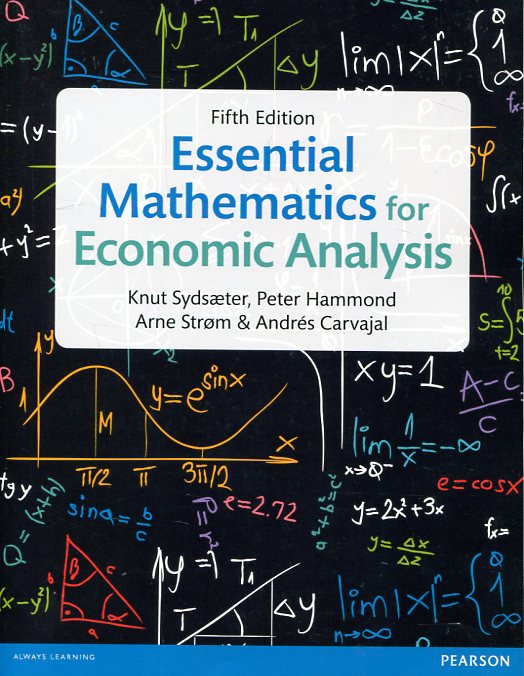 ESSENTIAL MATHEMATICS FOR ECONOMIC ANALYSIS Fifth Edition An extensive introduction to all the mathematical tools an economist needs is provided in this worldwide bestseller. "The scope of the book is to be applauded" Dr Michael Reynolds, University of Bradford "Excellent book on calculus with several economic applications" Mauro Bambi, University of York New to this edition: The introductory chapters have been restructured to more logically fit with teaching. Several new exercises have been introduced, as well as fuller solutions to existing ones. More coverage of the history of mathematical and economic ideas has been added, as well as of the scientists who developed them. New example based on the 2014 UK reform of housing taxation illustrating how a discontinuous function can have significant economic consequences. The associated material in MyMathLab has been expanded and improved.