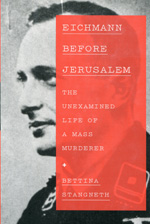 Eichmann before Jerusalem
the unexamined life of a mass murderer

A total and groundbreaking reassessment of the life of Adolf Eichmann—a superb work of scholarship that reveals his activities and notoriety among a global network of National Socialists following the collapse of the Third Reich and that permanently challenges Hannah Arendt’s notion of the “banality of evil.”

Smuggled out of Europe after the collapse of Germany, Eichmann managed to live a peaceful and active exile in Argentina for years before his capture by the Mossad. Though once widely known by nicknames such as “Manager of the Holocaust,” in 1961 he was able to portray himself, from the defendant’s box in Jerusalem, as an overworked bureaucrat following orders—no more, he said, than “just a small cog in Adolf Hitler’s extermination machine.” How was this carefully crafted obfuscation possible? How did a central architect of the Final Solution manage to disappear? And what had he done with his time while in hiding? 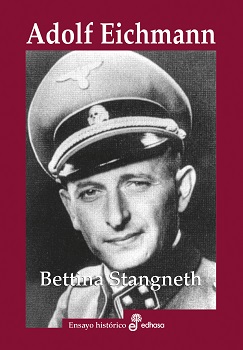