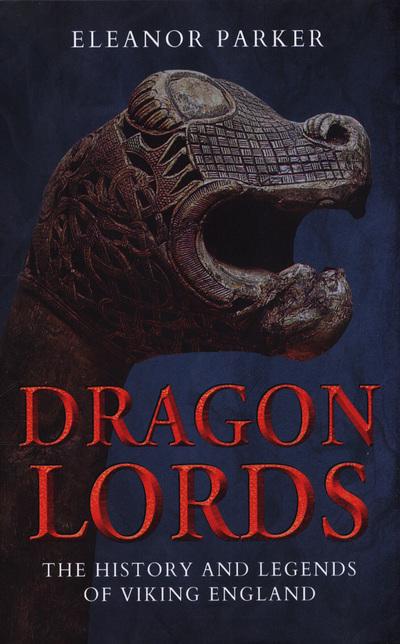 Dragon Lords
the history and legends of viking England

Why did the Vikings sail to England? Were they indiscriminate raiders, motivated solely by bloodlust and plunder? One narrative, the stereotypical one, might have it so. But locked away in the buried history of the British Isles are other, far richer and more nuanced, stories; and these hidden tales paint a picture very different from the ferocious pillagers of popular repute. Eleanor Parker here unlocks secrets that point to more complex motivations within the marauding army that in the late ninth century voyaged to the shores of eastern England in its sleek, dragon-prowed longships. Exploring legends from forgotten medieval texts, and across the varied Anglo-Saxon regions, she depicts Vikings who came not just to raid but also to settle personal feuds, intervene in English politics and find a place to call home. Native tales reveal the links to famous Vikings like Ragnar Lothbrok and his sons; Cnut; and Havelok the Dane. Each myth shows how the legacy of the newcomers can still be traced in landscape, place-names and local history. This book uncovers the remarkable degree to which England is Viking to its core.