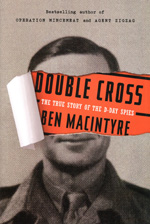 Double cross
the true story of the D-Day spies

On June 6, 1944, 150,000 Allied troops landed on the beaches of Normandy and suffered an astonishingly low rate of casualties. D-Day was a stunning military accomplishment, but it was also a masterpiece of trickery. Operation Fortitude, which protected and enabled the invasion, and the Double Cross system, which specialized in turning German spies into double agents, deceived the Nazis into believing that the Allies would attack at Calais and Norway rather than Normandy. It was the most sophisticated and successful deception operation ever carried out, ensuring that Hitler kept an entire army awaiting a fake invasion, saving thousands of lives, and securing an Allied victory at the most critical juncture in the war.

The story of D-Day has been told from the point of view of the soldiers who fought in it, the tacticians who planned it, and the generals who led it. But this epic event in world history has never before been told from the perspectives of the key individuals in the Double Cross System. These include its director (a brilliant, urbane intelligence officer), a colorful assortment of MI5 handlers (as well as their counterparts in Nazi intelligence), and the five spies who formed Double Cross’s nucleus: a dashing Serbian playboy, a Polish fighter-pilot, a bisexual Peruvian party girl, a deeply eccentric Spaniard with a diploma in chicken farming and a volatile Frenchwoman, whose obsessive love for her pet dog very nearly wrecked the entire plan. The D-Day spies were, without question, one of the oddest military units ever assembled, and their success depended on the delicate, dubious relationship between spy and spymaster, both German and British. Their enterprise was saved from catastrophe by a shadowy sixth spy whose heroic sacrifice is revealed here for the first time.

With the same depth of research, eye for the absurd and masterful storytelling that have made Ben Macintyre an international bestseller, Double Cross is a captivating narrative of the spies who wove a web so intricate it ensnared Hitler’s army and carried thousands of D-Day troops across the Channel in safety. 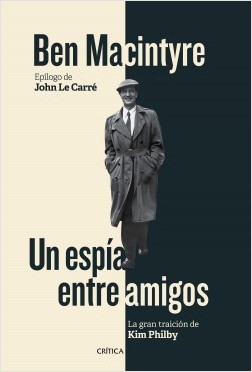 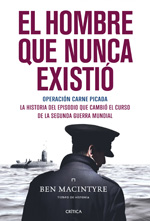 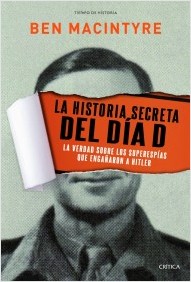 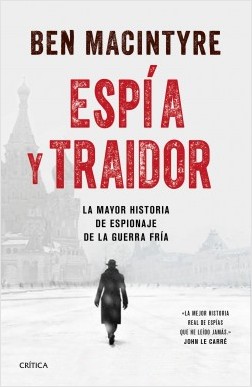