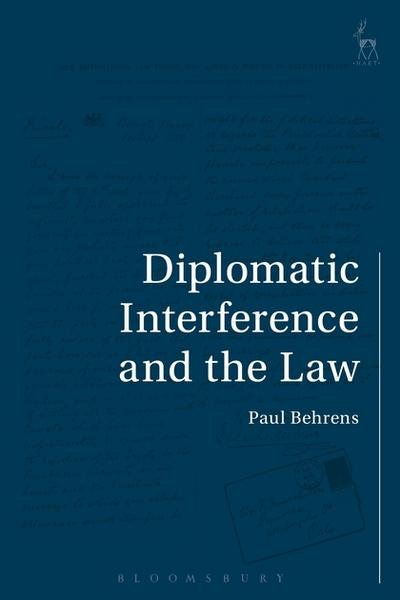 Diplomatic interference and the Law

Diplomatic interference carries considerable potential for disruption. In this context, diplomats have been accused of insulting behaviour, the funding of political parties, incitement to terrorism and even attempts to topple the host government. Reactions can be harsh: expulsions are common and, occasionally, diplomatic relations are severed altogether. But an evaluation under international law faces challenges. Often enough, charges of interference are made when legitimate interests are involved - for instance, when diplomats criticise the human rights record of their hosts. In such cases, diplomats may be able to invoke grounds which are recognised under international law. On the basis of more than 300 cases of alleged diplomatic interference and the practice of about 100 States and territories, Diplomatic Interference and the Law provides an examination of the main areas in which charges of meddling have arisen - such as lobbying activities, contacts with the opposition, propaganda, the use of threats and insults and the granting of asylum. It analyses situations in which the sovereignty of the receiving State meets competing interests and offers solutions which avoid a conflict of norms. It concludes with useful advice for foreign offices and diplomatic agents and underlines the most efficient ways of dealing with situations of alleged interference. ''A book that is here to stay! It is essential reading for diplomats, academics, journalists, students and everyone who has an interest in international law and justice. Based on rigorous research, Paul Behrens' book offers new and thoughtful perspectives on the Vienna Convention on Diplomatic Relations which we drafted in 1961. It demonstrates just how important it is to have a lawyer of his impartiality and integrity if we want to reach peaceful and lasting solutions in international relations.