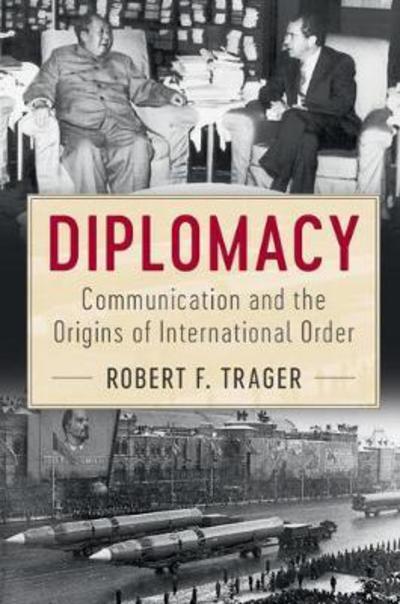 Diplomacy
communication and the origins of international order

How do adversaries communicate? How do diplomatic encounters shape international orders and determine whether states go to war? Diplomacy, from alliance politics to nuclear brinkmanship, almost always operates through a few forms of signaling: choosing the scope of demands on another state, risking a breach in relations, encouraging a protégé, staking one's reputation, or making a diplomatic approach all convey specific sorts of information. Through rich history and analyses of diplomatic network data from the Confidential Print of the British Empire, Trager demonstrates the lasting effects that diplomatic encounters have on international affairs. The Concert of Europe, the perceptions of existential threat that formed before the World Wars, the reduction in Cold War tensions known as détente, and the institutional structure of the current world order were all products of inferences about intentions drawn from the statements of individuals represented as the will of states. Diplomacy explains how closed-door conversations create stable orders and violent wars.